This piece is a response to the following articles:

The evolution of new systems that undermine the physical boundaries of our current world is the theme that stands out when comparing and analyzing these three articles.  Each of these articles identifies emerging synthetic life forms that are redefining the world’s power structures. These life forms are systems that humans – as individuals – can create, but once created have little to no control over.

In the article Why We Twitter: Understanding Microblogging Usage and Communities by Akshay Java, Tim Finin, Xiaodan Song, and Belle Tseng, the authors identify a new system of communication referred to as micro-blogging. This system has evolved as a result of rapidly advancing Internet technologies in addition to humanity’s slow evolution into and acceptance of a joint physical-virtual existence. In the last 20 years, the emergence of virtual social media platforms has redefined people’s understanding of community. Platforms such as Twitter, Facebook, and Xbox Live have remapped our community of friends and family from a demographic of people within our close physical proximity to a community of individuals that could be anywhere in the world but who share a similar virtual demographic as ourselves. Amidst this evolution there has been a drastic transformation in how information is disseminated from “the source” to “the recipient.” The world in which exist linear channels of information transfer dominated the media no longer exists. Instead information flow resembles more of a spider web pattern where anyone and everyone can and does contribute.  The result of this shift is a world where control of information is virtually impossible.

In the Wired article Great Wall of Facebook: The Social Network’s Plan to Dominate the Internet – and Keep Google Out, the author, Fred Vogelstein, brings up some very daunting facts about how much control Facebook and Google have over our personal information. Even more foreboding is how much our personal information is worth. After reading this article two things stood out to me.

First, I found it incredible how one individual, in this case Mark Zuckerberg, could create a system that had the ability to infect the entire planet in a matter of a few years. At this point, it would be impossible to stop the Facebook pandemic.  Even if Facebook were to destroy all of its servers today, Google would immediately fill the void with Google+ – and if not Google+, then somebody else.  The demand for personal information of the masses is just too high.

The second idea that stood out to – and this is more of a personal opinion than a fact – is the notion that governments no longer monitor and control their citizens.  Instead, it’s the corporations housing our personal information and virtual identities that truly govern us.  In the same way that communication is evolving so is the concept of governance and patriotism. Governments are losing their authority to corporations as a result of new forms of taxation. Corporations are able to tax our virtual identities, properties, and businesses whereas governments can only tax our physical ones. Just a little fact: Apple surpassed the United States government in liquid cash flow in late 2011 (http://www.denverpost.com/business/ci_18590939).  I would be interested to see a study on the distribution of people who would rather be seen wearing an American flag on their T-Shirt compared to those who would rather have a glowing white apple on their laptop.

I found the third article, Why The Future Doesn’t Need Us, by Bill Joy, to be the most thought provoking of the bunch. Joy raises the issue of the looming threat of human intelligence and the “desire to know” leading to our eventual demise – his biggest concern being emerging genetic, nano-biotechnological, and robotic (GNR) advancements. After reading this article I was disappointed in myself for not having read it in the first 12 years of its existence. I recommend it as a must-read for anybody interested in technology and innovation and who also has an appreciation for ethics and the further existence of the human race. What fascinated me most about this article was how critically Joy examined the existence and importance of the systems of GNR advancements and how keen he was to the volatility of they’re potentials. The viral nature of social media platforms such as Twitter and Facebook are proof of the disastrous capabilities of technologies that attempt to revolutionize fields such as genetics, cells, and robots that augment human life.  It is important that humans proceed with caution before we see the Mark Zuckerberg of genetic engineering to create the Facebook of gene-modifications that can’t be reversed.

Just as a single spark can ignite a container of gasoline, an individual today is able to create a self-replicating system that can infect the entire world. It requires cooperation and careful planning to be able to control and harness these systems to be used for the proper augmentation of human life. 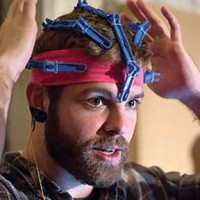