In the process of developing my idea of utilizing an app in order to make impromptu plans with your friends, I decided that I should do some research and discover what else exists in this space prior to creating mock-ups and user testing. To recap, I wanted to create an application for planning casual events that is not a check-in (or announcing your current whereabouts via Twitter for example) and is not an official formal event (this is what we have calendars for). The interaction occurs on the platform so that users can appropriately plan times and places to casually get together in the near future.

One of the first precedents I found was with Facebook, who have been exploring the space of casual event planning for some time. Facebook would be a useful place for planning spur of the moment gatherings considering the high frequency of user activity. They have been planning to incorporate this concept into their apps. Here is a screen shot of a mockup I found posted on the blog Inside Facebook:

Based upon this finding, it is safe to say that many people are looking into utilizing the space for making plans. In addition to Facebook, I also found numerous 3rd party platforms getting in on the action.

Hurricane Party is an app that was released at SXSW 2011 and helps the user find, share and create spontaneous parties anywhere in their general location. It seemed to go over well at the event with a number of positive reviews, however in searching for information in regards to where the app is currently, I had little luck. Here are a couple of screen shots of the app on my phone:

Home Screen (option to Find or Start a Party)

Conceptually, I think this iteration of planning casual events was to a degree successful. However, what the app didn’t do was incorporate Foursquare as part of their structure, but they rather relied on users to gain friends from Facebook or their contacts. The reason why I believe it is important to utilize Foursquare in the context of this application is because users of Foursquare are already comfortable in social networking their location, the only difference is, they would be broadcasting their future location rather than present.

The same team who made Hurricane Party has done just that with a new app called Forecast that tells your friends where you’ll be later and utilizes Foursquare’s API in their design. The app encourages people to be more social offline; a social forecast for wherever you are going to be (not just parties as in the first version). The app is incredibly easy to use, intuitive and provides your ‘forecast venues’ based on Foursquare check-ins. The user can send a Forecast to anyone in their address book, or they can add friends to whom they care connected to on Foursquare. Here are some screen shots:

decide when you will be at the venue

At this point in the project I am wondering if I should continue moving forward with this concept; considering the fact that another designer created a working version, which in my opinion does not need much changing and functions in the way I would imagine it, or should I pursue a new idea for a completely different project? I will have to make a decision soon, as time is running out. 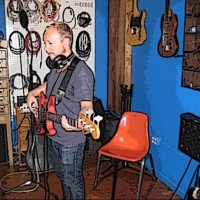