The first video shows that I was controlled by Firm, a DT student, to leave from DT12 to the street. I got a lot of problems. The Internet was disconnected when I was in the elevator. My camera’s capture was too bright to see, I just bought a new one to solve this problem,when I was walking on the street.

Also, the most important issue was the order which somehow sometimes had long delay. I was afraid about what I heard was not correct order.

I really like second try on DT 12. Because the internet was great, and I was totally trusting the order. Firm let me get to the kitchen and ask me explore the area. But the same order, explore around, was keeping sending to me, then I figured it out that he might need something in the vending machine. I bought a snack for him and got a new order. I went back to him and handed the snack to him in the end. 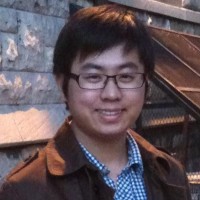