Communication Over A Distance, Complete!

We were asked to find creative ways to communicate over a distance. My original concept was a wearable technology which enabled one user to communicate with another through a haptic/physical feedback system. After more thought and fine-tuning I arrived at a scenario where one user could communicate a written message or image through a mechanical pen. With only a few weeks to create a prototype I scaled down this concept to something more manageable and technically feasible. The result, a decoder-pen. How does it work? One user creates a drawing or message using the web-based Java drawing tool. Once done, this user sends the other user this message via email (in the form of Arduino code) which they can then load onto the pen and manually decode. In the age of internet and immediacy, the decoder-pen presents a unique, tedious, intimate and somewhat secure way to communicate over a distance. While I don’t expect the FBI to be adopting this technology anytime soon, this may be something Inspector Gadget had used at one point in time. 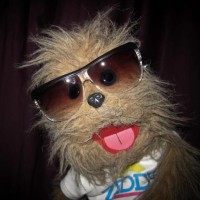