response to “What is interaction design?”

The simplest way to define Interaction is to say that it is a conversation between 2 entities.I recently read an article related to simplicity and interaction design.  I think  that simplicity can be a strong word to describe it: Interaction design is a simple , usable and expressive system. There are so many products out there that are so sophisticated but unusable or unfriendly for the user.  The key thing in interaction design is too find a great idea and represent it as simple as possible . Making a simple product is the key to successful design. If the user succeeds in using the designed object intuitively that means that the designer has succeeded in his task.   Making steps as simple as possible is also very important. The user will repeat the function without even thinking about it.  Testing is also a key word in interaction design. It is so important to test a product  on its users even before starting to built it. If the product was tested on people from different background and was used the way that the designer expected. This means that the designer succeeded in designing a simple interface.I also like to think of interaction as an experience between two people. A sort of play between a receiver and a sender. Finally I think that this definition is growing and being modified throughout the years. I guess that we will never have a standard definition of interaction. 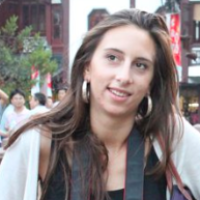